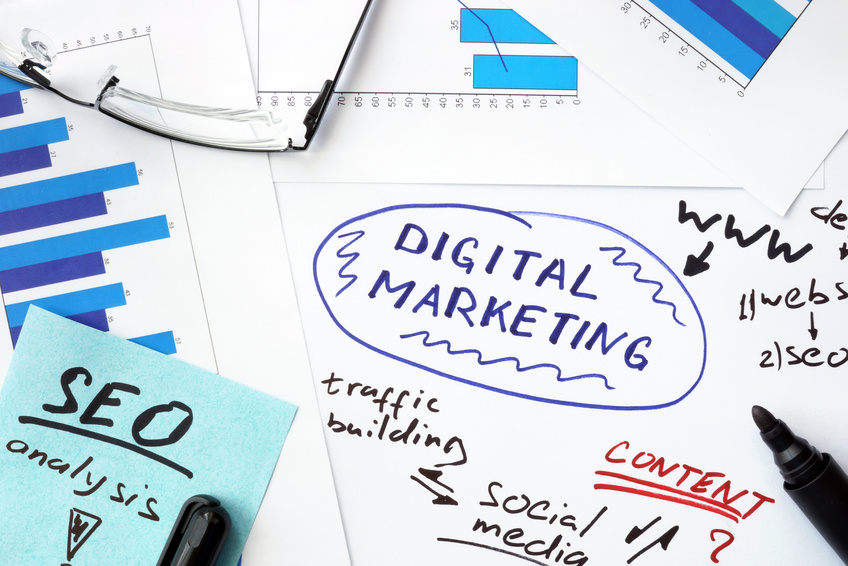 SEO in 2018: The Past, Present, and Future of Link Building

When The Outline published an expose on “blog bribes” this December, many people were surprised to learn that brands were “bribing” their way into outlets like The Huffington Post, Forbes, Entrepreneur, and more austure publications.

The word bribe is a big of an exaggeration here. Companies weren’t bribing the editorial wings of these publications. Rather, contributors to these publications could be paid to mention brands and include do-follow links to those companies in their columns and articles, passing on valuable SEO signals. Now, Google is officially cracking down on the practice of blog bribes, as it has done to so many other link building services in the past.

What Is Link Building, and Why Is It So Controversial?
There are many forms of digital marketing, but SEO remains one of the most important for companies and nonprofits that depend on search traffic. And in the world of SEO, few strategies are as important as link building, the practice of securing (or buying) inbound links to your company’s website. To Google’s algorithm, links are like votes. If you want to rise in the rankings, a sizeable backlink profile is the way to go.

Unfortunately, to jump start their search rankings, many companies have resorted to rather desparate link building schemes, and Google has been punishing these schemes since the Jagger update of 2005. Despite this, link building has endured.

Digital Marketing Dilemma: Link Farms, Guest Blogs, and Bribes
In the Wild West days of SEO past, a digital marketing agency could hire overseas coders to create thousands of sketchy backlinks virtually overnight. These so-called link farms relied on bots and free blogging services to pump out link after link after link.

Of course, as Google’s search algorithm became more sophisticated, so too did the link farms. However, in time, Google began penalizing websites with too many sketchy backlinks. Google’s policy on the matter has been consistent (if lacking in specifics): any attempt to manipulate the search algorithm to improve your rankings is against the rules. Therefore, any link that is built with the purpose of improving your rankings is also against the rules.

So why does virtually every digital marketing agency still talk about the importance of link building? For the same reason that virtually everyone drives 5 to 10 miles per hour above the speed limit. That’s simply how the world works.

In 2012, Google released the first Penguin update, which cracked down hard on black-hat SEO techniques that used backlinks to pass on SEO juice to a website. There have been several more Penguin updates over the last five years, which has made link building more and more difficult, even for the savviest marketing directors.

Hence, the rise of bribe blogs, which was influenced by another major update to link building in recent years. In a post-Penguin world, all links are no longer created equal. Links from high quality, high traffic sites like Forbes count exponentially more than links from anonymous blogs.

Today, despite Google’s increasingly intense enforcement of link building schemes, high quality backlinks are more valuable than ever. In fact, Google itself is partly responsible for the new marketplace for backlinks. It is precisely because these link placements are so difficult to acquire that they are so valuable, an unintended consequence of Google’s enforcement.

The Future of Link Building
Google says that high quality content should earn organic link placements, yet in a world saturated with content, content visibility is no easy task. As a result, many marketing directors are looking beyond the world of SEO and link building. That doesn’t mean link building is no longer important, just that it is only one aspect of a more holistic approach to online content marketing.

While SEO and content marketing are still crucial elements of digital marketing, marketing directors would do well to broaden their horizons. For this reason, we’ve seen alternative strategies such as email marketing and social media advertising take on new prominence in 2017. According to the HubSpot “2017 State of Inbound” report, 39% of digital marketers planned to add Facebook video to their marketing plan in 2017 (another 33% planned to add Instagram).

That’s a trend that will surely continue into 2018 as Google places more and more pressure on digital marketing companies to conform to increasingly complex rules. So while backlinks will remain as important as ever for the time being, they will become harder to acquire than ever before.

Any information you provide is 100% confidential and will not be sold, rented, or compromised in any way.

In today’s rapidly changing digital world, the SEO landscape can change in the blink...
Properly communicating the importance of a digital marketing strategy is vital in securing new...
There’s an ever-growing number of marketing metrics that you can use to evaluate digital...
There’s an old saying that the only things that are certain in life are...
Stay Connected

Look like a digital guru to your boss by signing up for our email updates.